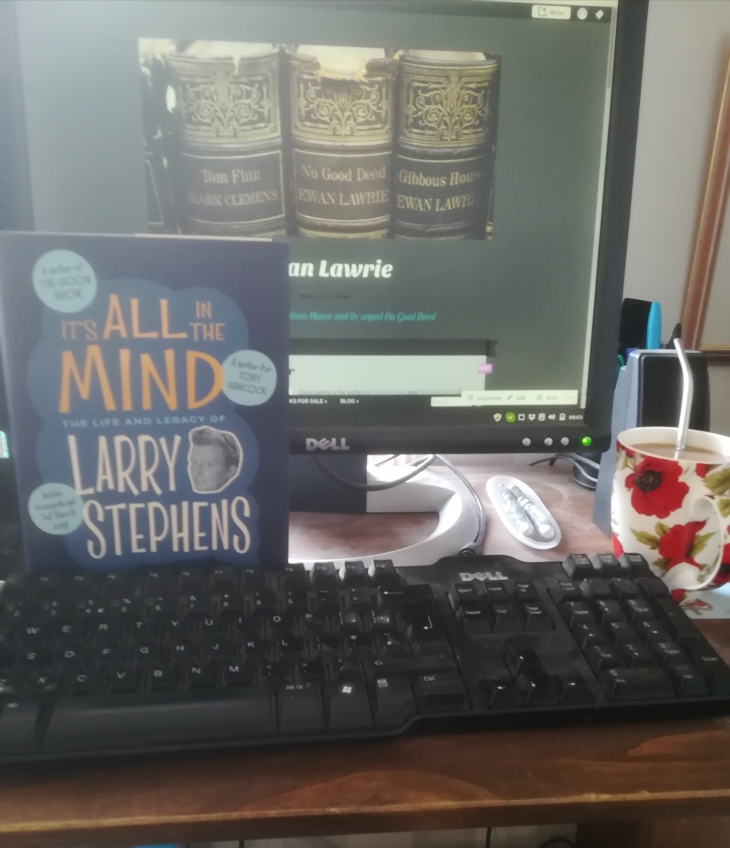 This is another Unbound book, it’s not the first, nor will it be the last, that I would have bought if another publisher had taken a chance on it. You may be saying, Larry Who? By the time you finish this book you should be saying ‘Why hadn’t I heard of Larry?’. All I knew of Larry Stephens before reading Julie Warren’s meticulously researched book was that he had some writing credits on the old vinyl recordings of the Goon Show I used to have and on the CD notes of some that I still did.

Post-war humour was utterly changed by the young men who returned from the battlefields of Europe, North Africa and the Far East. The Goons changed what we thought comedy was. All of the Pythons, saving Terry Gilliam will have grown up listening to the Goons.

The author divides the book in half. The first half details Stephens’s Black Country childhood, youth and subsequent call up to the Army. I recognise some of the lunacy prevalent in Military Life, myself. The author is able to point deftly at certain events which reappeared or were re-imagined for Goon Show scripts.  The second half leads us through Larry’s career as a radio script-writer for the Goons and Tony Hancock.

Appendix One,entitled “Goonopedia”, contains a list of all the show’s episodes and will be invaluable for the Goon enthusiast.

This book will appeal to both the military historian and students of British humour. It is a fitting tribute to a talent lost to comedy, far too soon.

Alternatively, you could support your local bookshop.

Part essay on existentialism and defining art, part sci-fi exploration of the future of gaming and  – occasionally – part farce, James Ellis’s Happy Family is as enjoyably thought-provoking a read as I’ve had for a while. The author skips easily between deft description of the real and augmented reality worlds. Most of the real-world action takes place in Galicia in the North of Spain and if the author hasn’t been there it’s a miracle of imagination, instead of just high-quality writing, the sense of place is so firmly nailed on.

Happy Family is complex, with meaty themes including grief and how to deal with it, the nature of being – “are we what we are, or what we do?” – and the big ones, what is art and who does it belong to? It is a mark of the author’s sure touch that we don’t feel lectured by any of the characters in the novel.

If this weren’t enough, the central character, Germaine, is an accurate depiction of a survivor of hideous abuse  and the damage it can do.

The petty but savage rivalry of two niche actors provides a leavening of humour and I’m sure I won’t be alone in hearing The Bonzo Dog Doo Dah Band’s classic ‘My Brother Makes The Noises For The Talkies’, whenever Charles appears.

This is a quality book and I much prefer books like this – say – to the best-seller about two extremely shallow friends-with-benefits currently being dramatised on the BBC.

So, bravo James Ellis – and bravo Unbound, yet again.